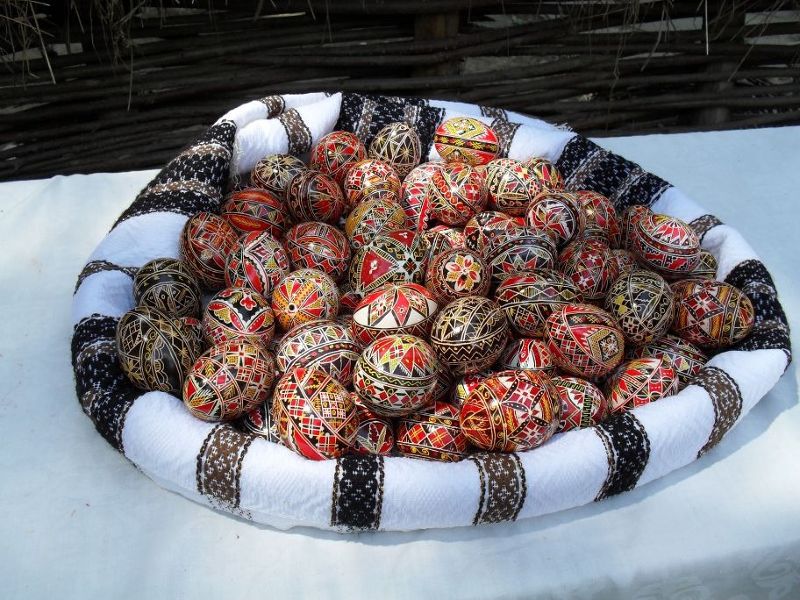 Well we finally made it! I say we finally made it, because our trip to Bucharest was supposed to happen last year. What went wrong? Simple, I started reading about it. From what I read we were sure to be fined by ticket inspectors, have our passports stolen by false policemen, be robbed blind by gypsies, and all prior to being torn apart by marauding packs of wild dogs. Last year we made a sudden switch to Bulgaria (which has a similar bad press minus the dogs). The reality: we were occasionally asked for money by beggars who took no for an answer and did not pester us again, there were stray dogs, all of which totally ignored us, we encountered several ticket inspectors who just checked our tickets then went away, we did not encounter any gypsies or fake policemen. A genuine policeman helped us find our correct train in Brasov. Most of the people we encountered were friendly, pleasant and lovely. We had one or two minor negative moments but these can occur anywhere. Overall, I would give Romania a big thumbs up and would happily return.

We had limited time so could not possibly see everything. We lived in north Bucharest and spent our first evening looking at the Charles De Gaulle statue, the Arc de Triumph and Herastrau Park, next day we looked at University Place, Revolution Square, Part of the Calea Victoriei, Lipscani, Cismigiu Park and the Casa Poporului. Final day boat trip in Herastrau and the Village Museum. Many things left undone but that is what the future is for, isn't it?.

This visit to Romania involved visiting Bucharest, Brasov, Bran Castle, Rasov Fortress and Sighisoara. For future visits I like the sound of Sinaia, Sibiu, Maramures and Constanta whether we ever get there or not remains to be seen.

Revolution Square was quite fascinating to visit because it has experienced so much of recent history. It was from the former Communist Party Headquarters here in 1989 that Ceausescu made his famous speech that went out live on Romanian TV. During his speech he was booed and heckled by the busloads of miners he has bused in to support him. You can look at the balcony he made this speech from. On the opposite side of the square is the former royal palace ­ now the art museum. In the centre is a monument to those killed in the revolution - which is irreverently called the olive on the stick by locals. There is also the university library, the former securitate building which was rebuilt after the revolution with its original stone bottom and a modern glass top. In addition there is the beautiful Cretulescu Church. 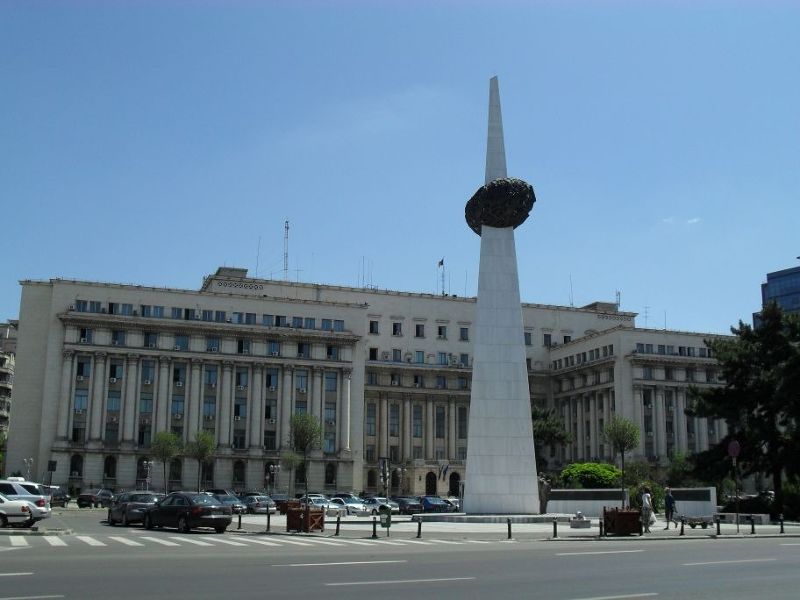 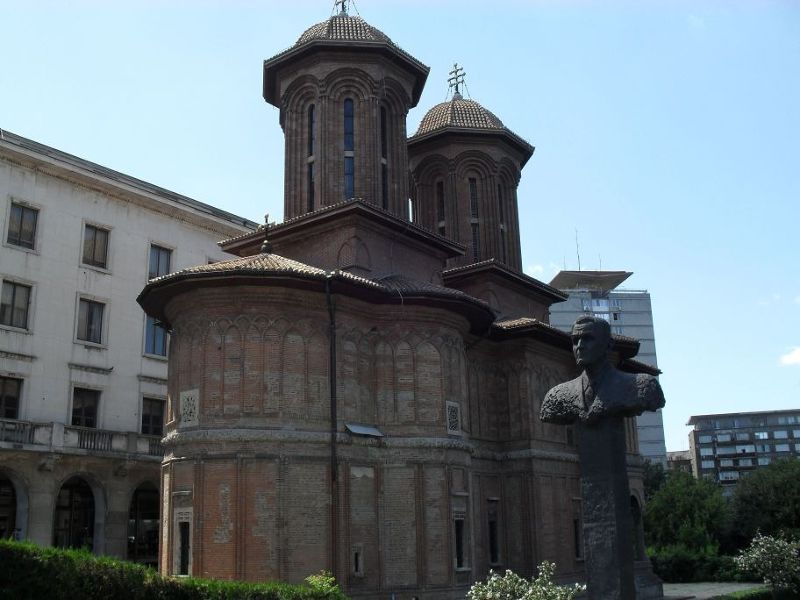 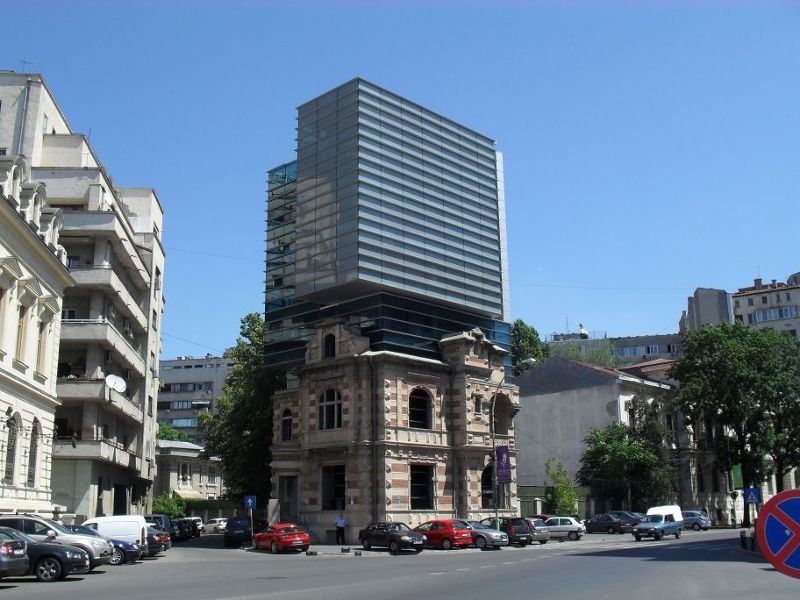 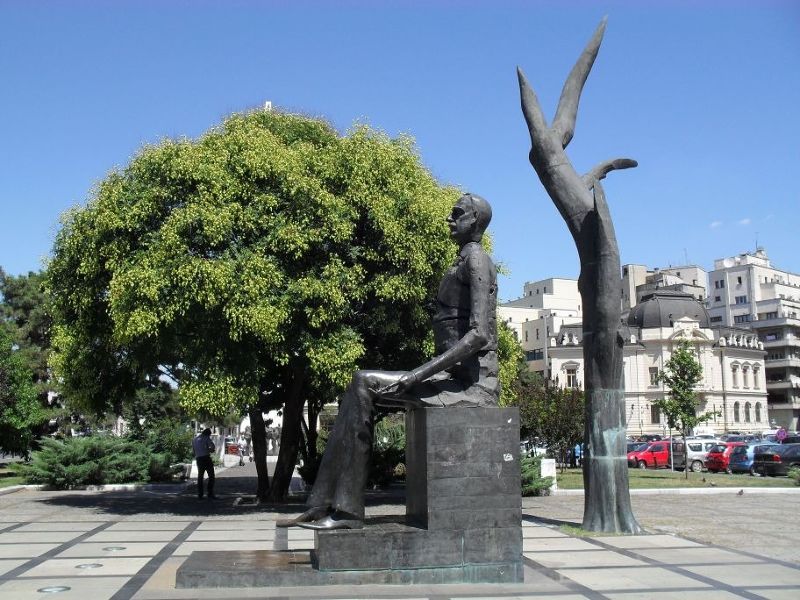 Beat the summer heat by strolling through one of Bucharest's shower shelters. I think this is a great idea and am surprised I have never come across it before in other hot countries. We saw people roller blade through it as well as walk through it. 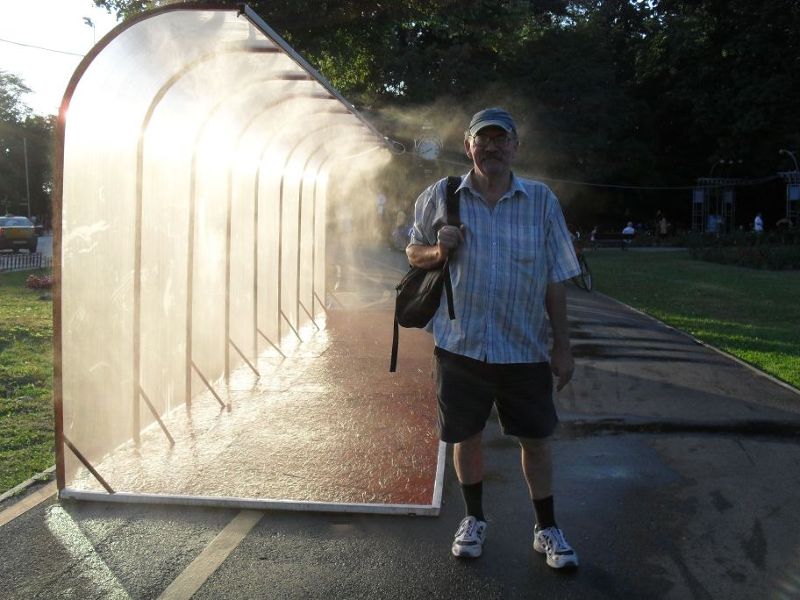 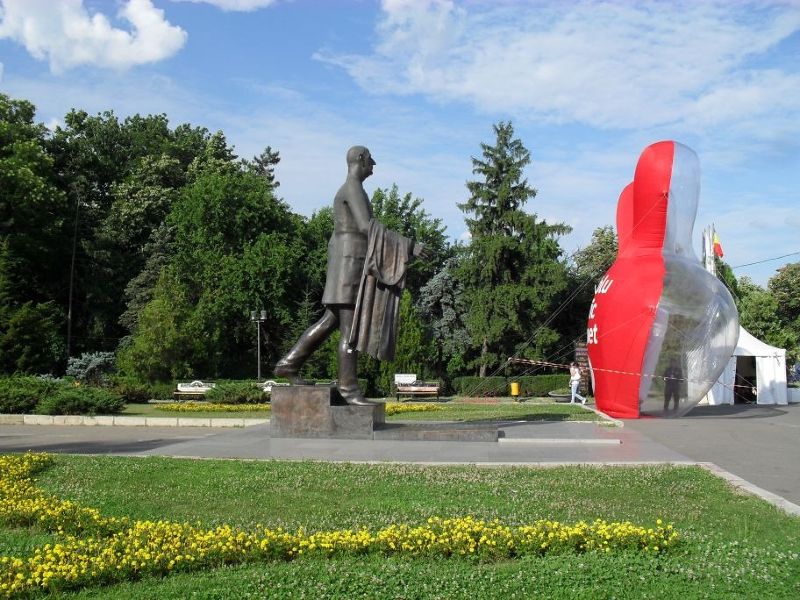 This road has many beautiful buildings and monuments. We only walked one stretch of it (from just above Revolution Square to the end of Lipscani) the rest will have to wait for future visits. Highlights for us were the Athenee Palace Hilton Hotel, the Atheneum, the buildings of Piata Revolutiei, Cercul Militar and the Odeon. 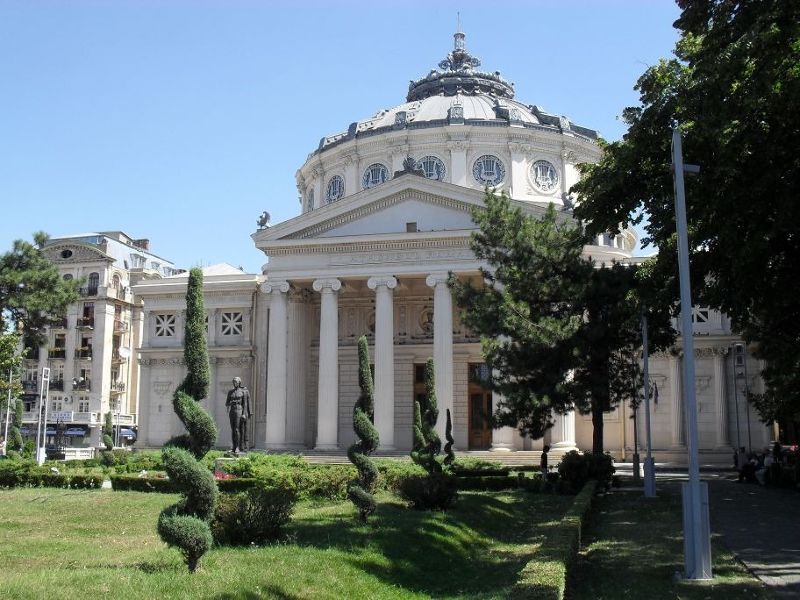 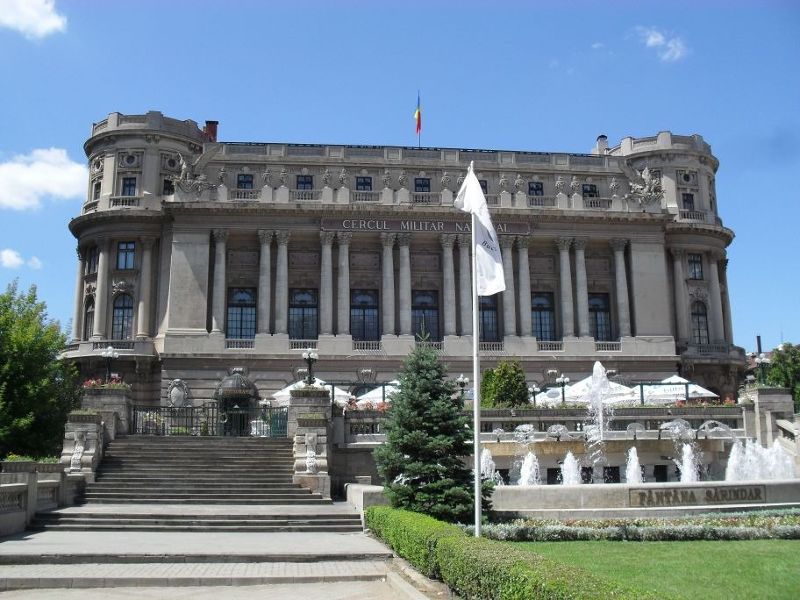 The old town area, otherwise known as Lipscani, is a total mess, yet fascinating. Many of the streets were ripped up years ago; then due to a dispute were left ripped up rather than repaved. Some are currently being repaired. There are wonderful buildings, beautifully restored, right next to derelict buildings, falling down where they stand. The whole area is covered in restaurants and bars and despite everything is a great place for a drink or a meal. Highlights include the Old Court (Curtea Veche) once the palace of Vlad Tepes aka Dracula, the Old Court Church, the Hanul Lui Manuc ­ a former inn. From the outside this looks derelict and a mess. From the inside it is a lovely posh restaurant/hotel. There are also several churches such as the Russian Church and Stavropoleos Church. There are many beautiful bank buildings. You will also find the famous Caru cu restaurant) here. Well worth a stroll, just watch out for the bulldozers! Address: Lipscani street and around. 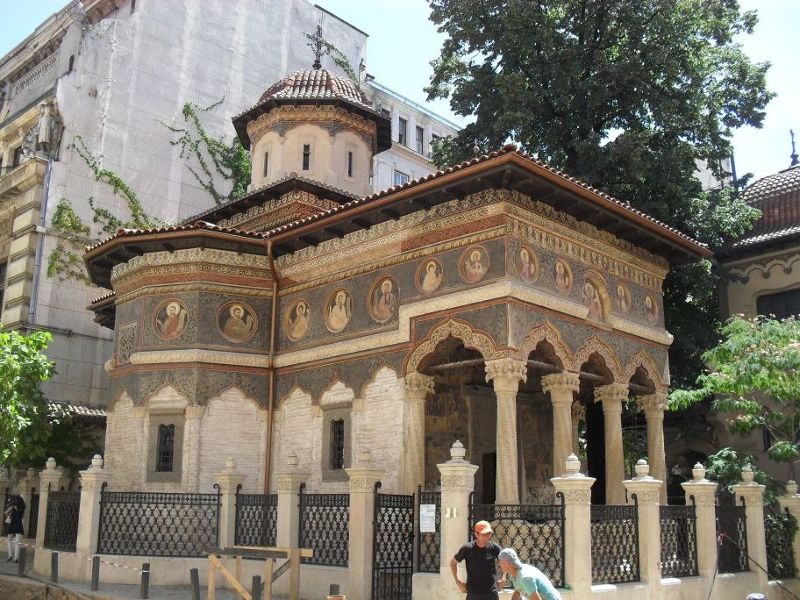 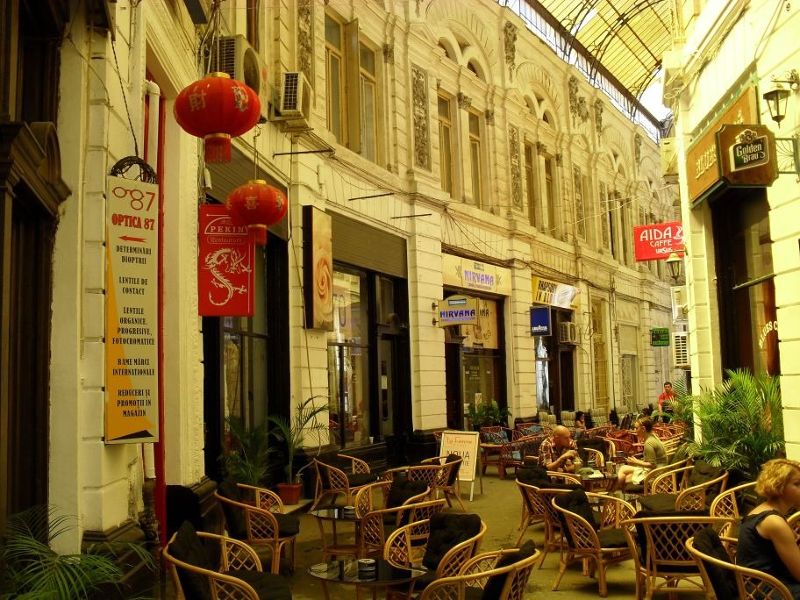 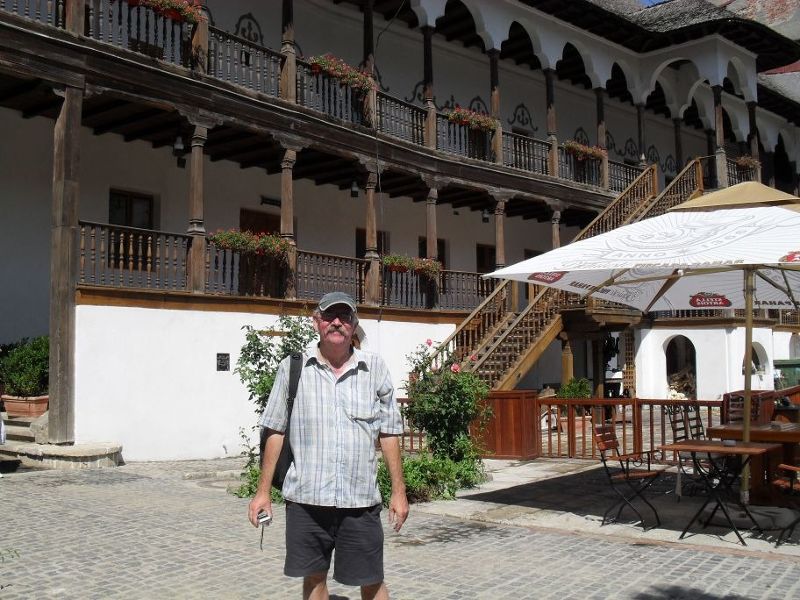 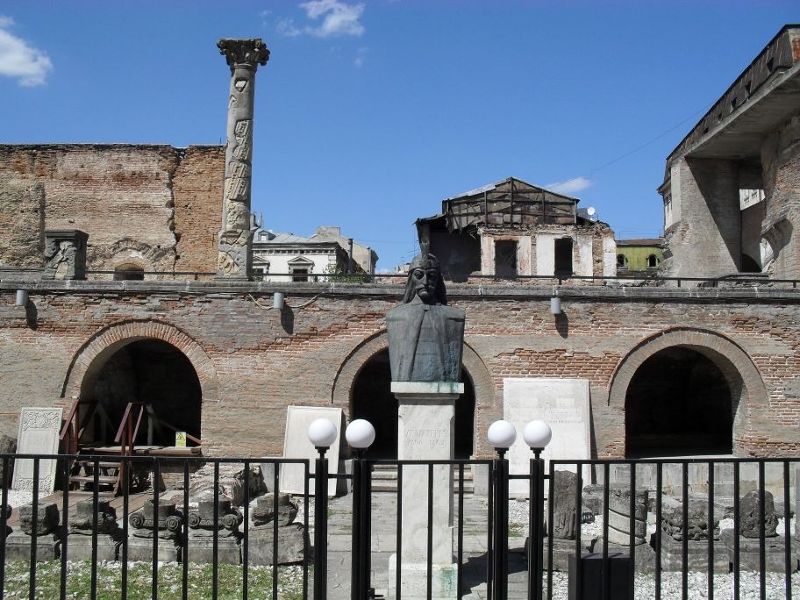 This is a pretty park in the centre of Bucharest. The park centres around a large lake. Even on the hottest day there are shady places to rest here. Watch the old boys playing chess or other board games; hire a boat and go for a row; have a drink or meal in one of the park's restaurants or cafes; enjoy the flowers; take a look at the park's many statues or just enjoy a leisurely stroll. 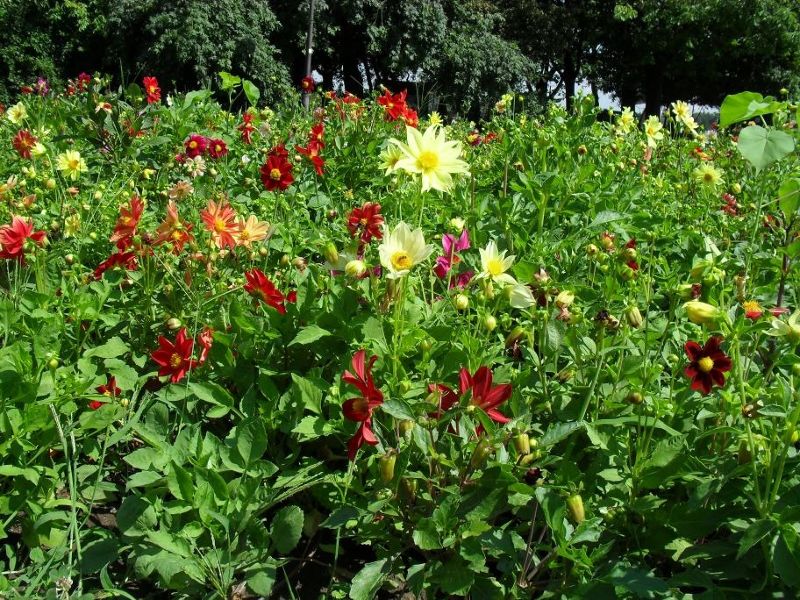 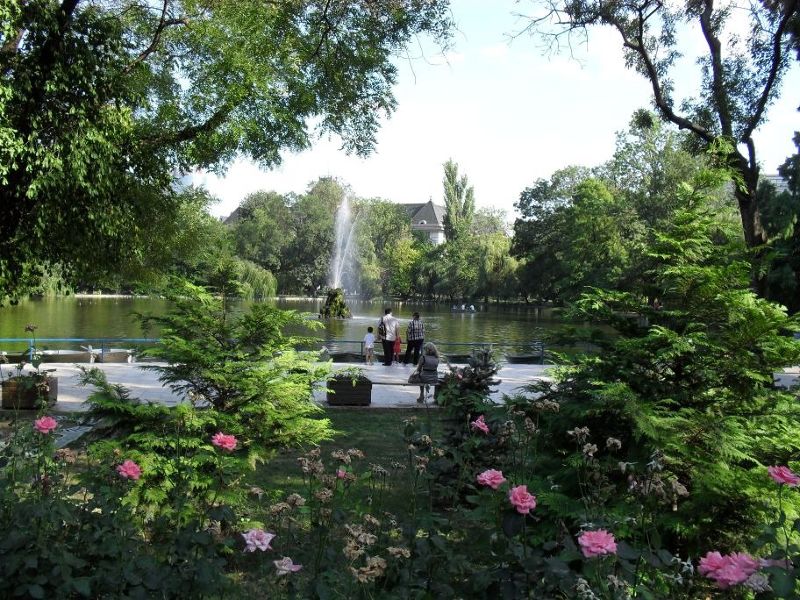 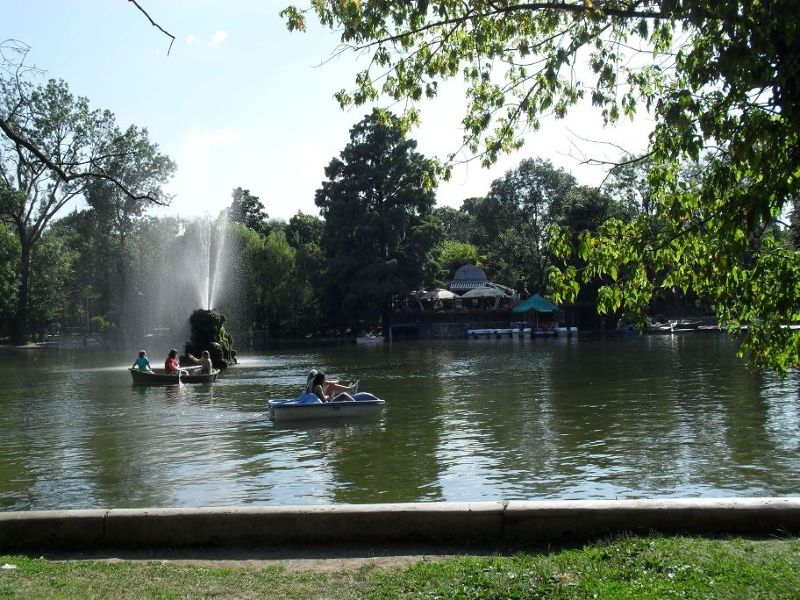 The Palace of Parliament.

This building is testimony to Ceausescu's madness. It is the second largest administrative building in the world and led to Ceausescu razing large parts of Bucharest to build it. It was still not finished at the time of his execution. We did not go inside as we did not want to pre-book and hang around waiting for an organized tour. One thing you can say is it is certainly big. 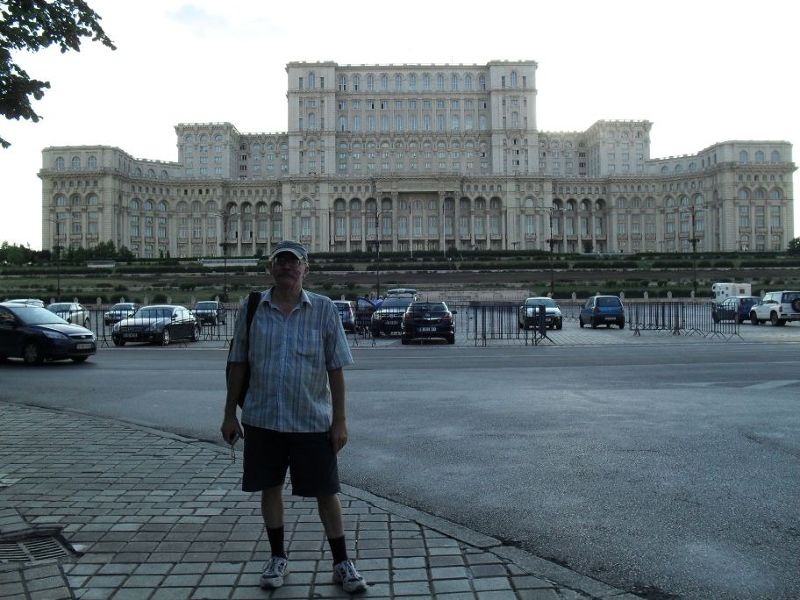 My husband outside the Palace of Parliament - Bucharest 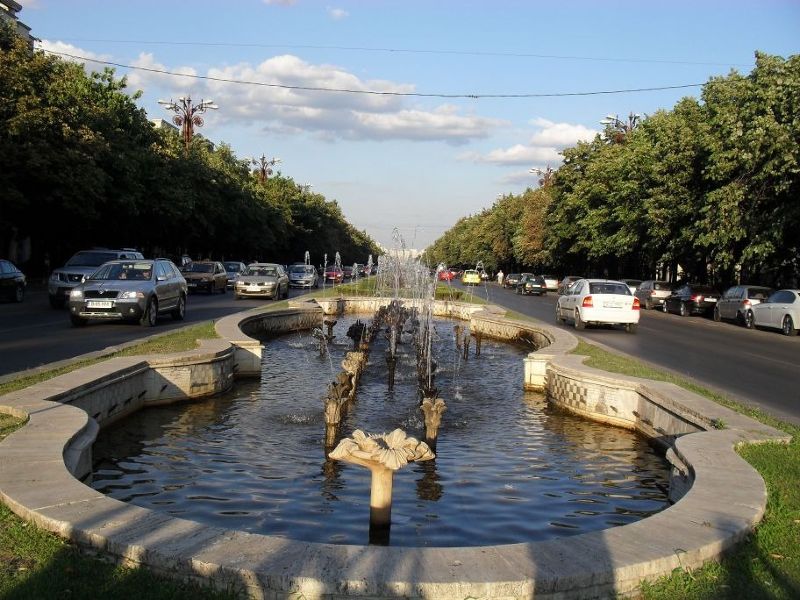 Street based on Champs Elysee leading P of P - Bucharest

Located on Soseaua Kiseleff. This is worth having a look at when you visit either Herestrau Park or the Village Museum. Quite impressive. 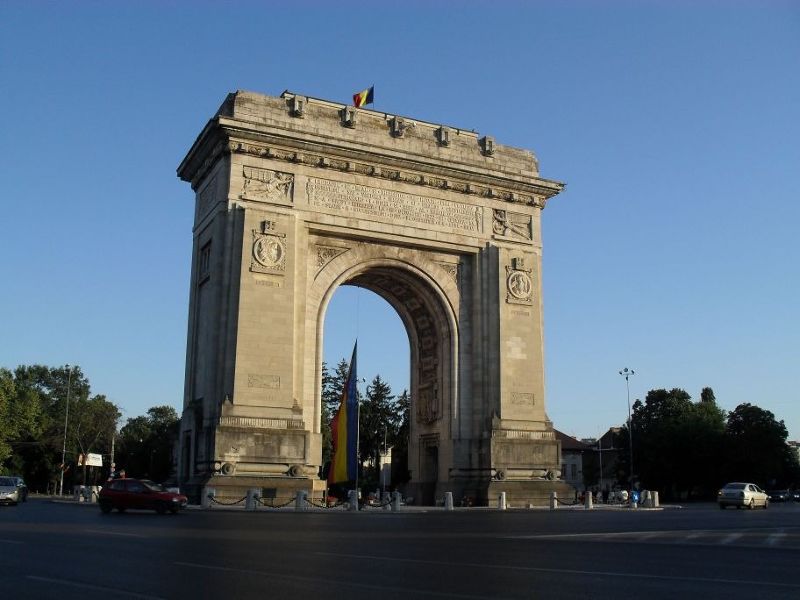 Beautiful Park in northern Bucharest with lakes and flower gardens and statues and restaurants. Hire a rowing boat here or go on a circular cruise for 5 RON. The cruise gives you good views towards the Casa Presei Libere. Get here by taking the metro to Aviatorilor Station. 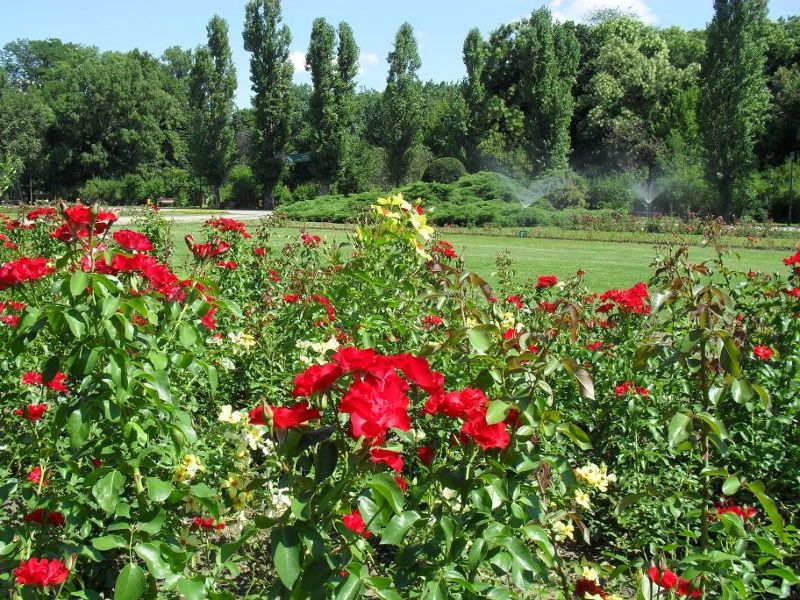 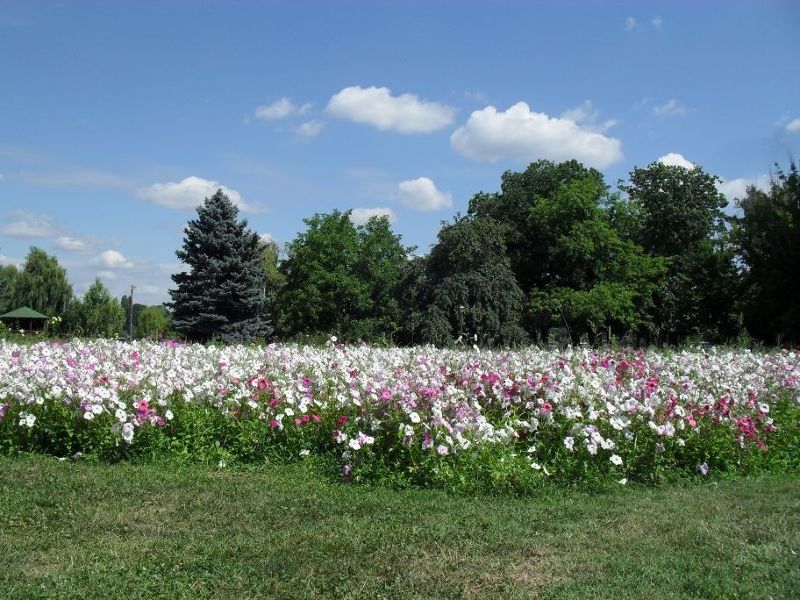 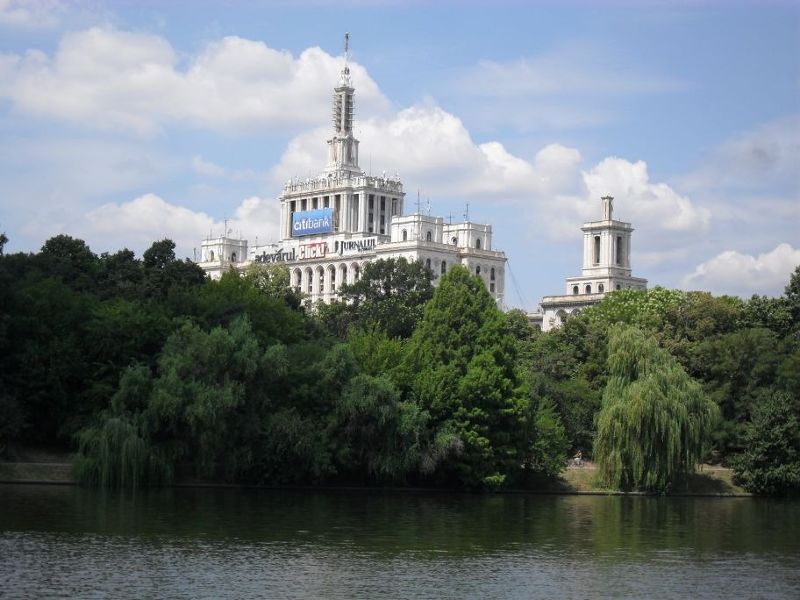 The Village Museum borders Herastrau Park, but its entrance is on Soseaua Kiseleff. You cannot enter it from the park. Entrance is 6Ron. It is open on Mon 9 to 5, Tues to Sun 9 to ­7. The museum contains buildings from all over Romania including different styles of houses, windmills, farms, water mills, fisheries, churches and even an old merry go round. You can buy craft items here. Children can try to make some of the craft items. There is a lot to see. We spent a happy 3 hours here. There is a gift shop and snack bar here, too. 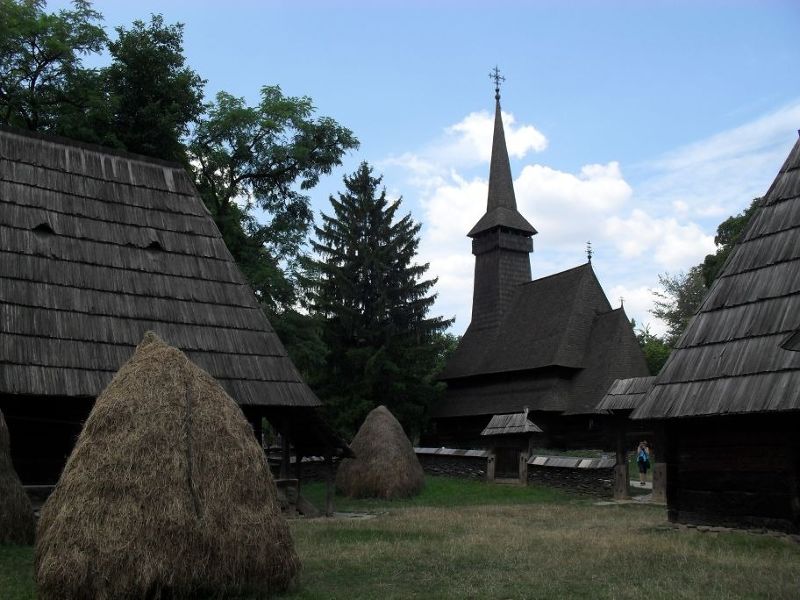 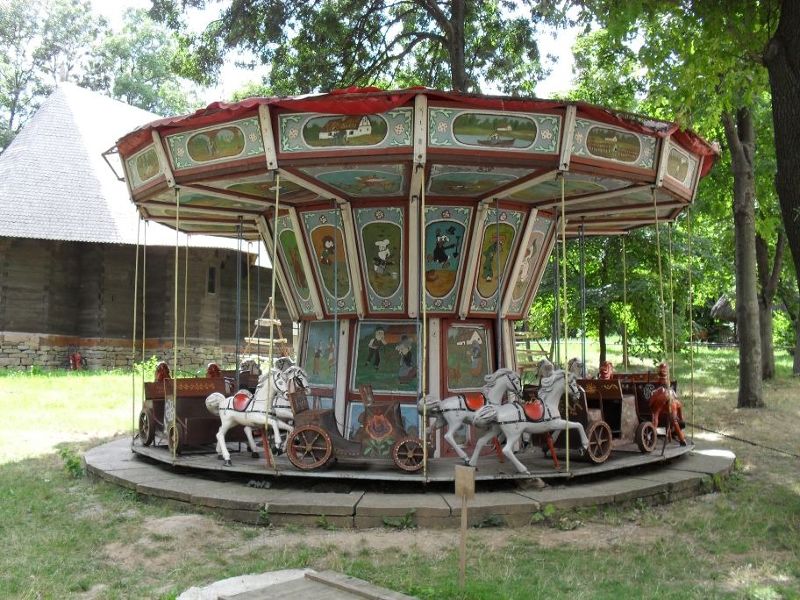 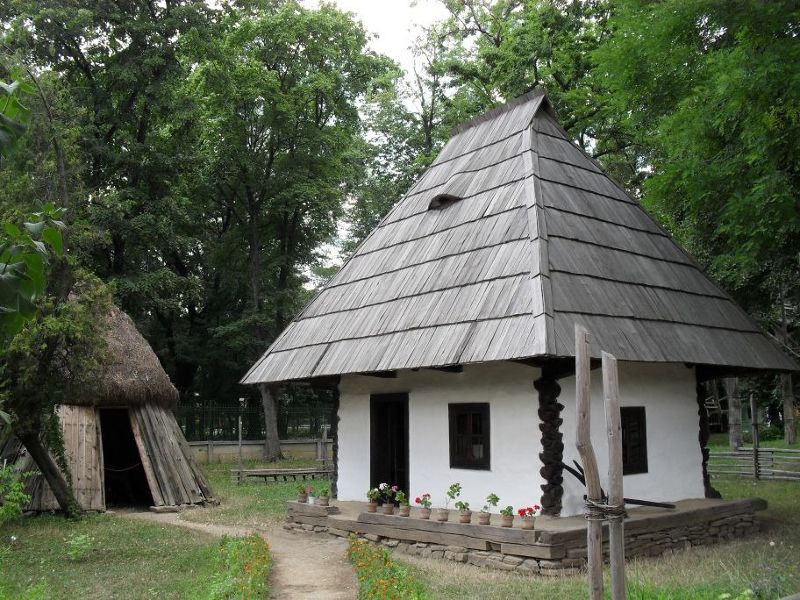 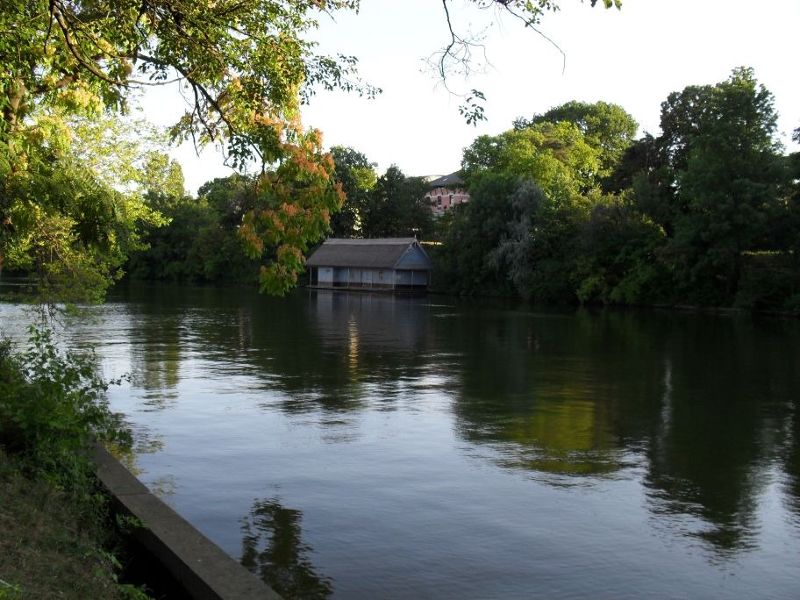 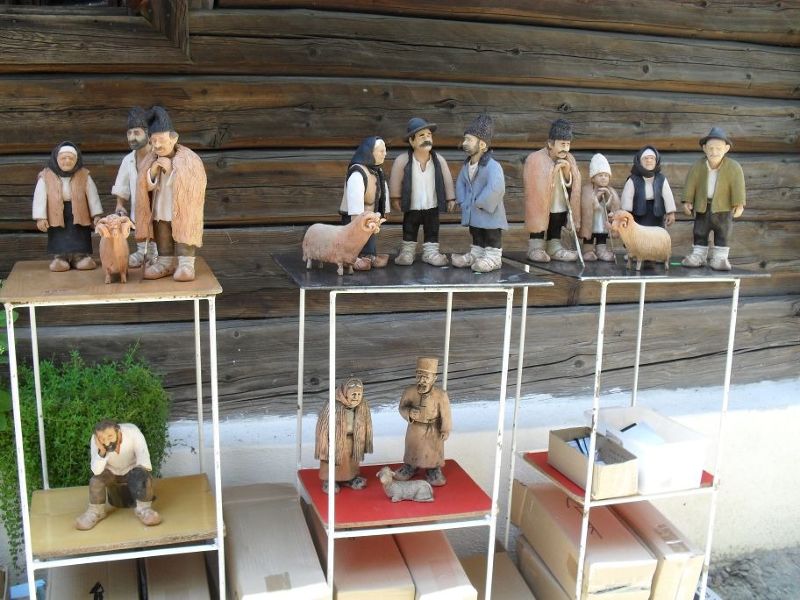 We discovered a beautiful church on Bdul Marasti near the Arc de Triomf. We think it is the Manistirea Casin. There was a rugby stadium nearby, too. We did not get a chance to look inside, just observed from outside.

This area saw fierce fighting during the 1989 revolution. The graves of some of the revolutionaries are located on a traffic island next to the square. The square contains the university and a theatre currently undergoing renovation. It is a traffic clogged nightmare of a place but has a useful metro station. We saw this odd sculpture there. Not entirely sure what it is but it was quite intriguing. 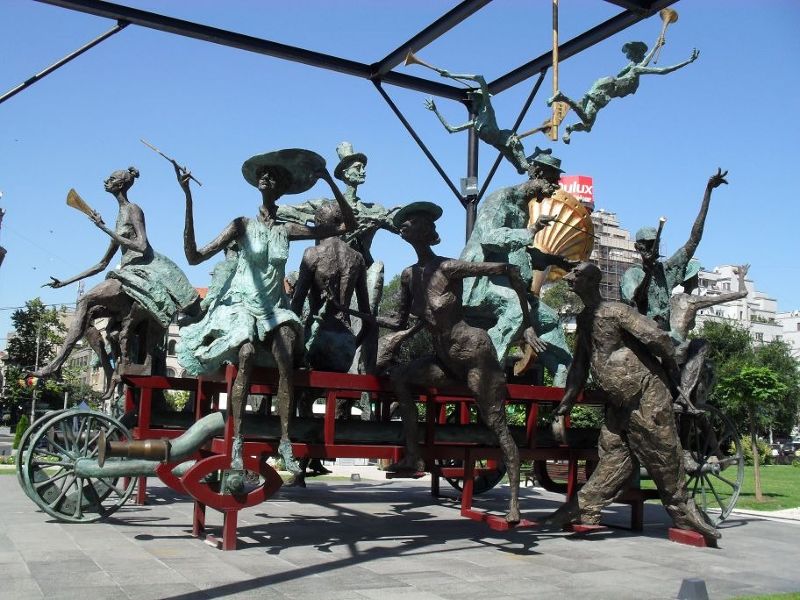 Posted by irenevt 18:41 Archived in Romania

Previous Next Table of contents

This blog requires you to be a logged in member of Travellerspoint to place comments.

If you aren't a member of Travellerspoint yet, you can join for free.