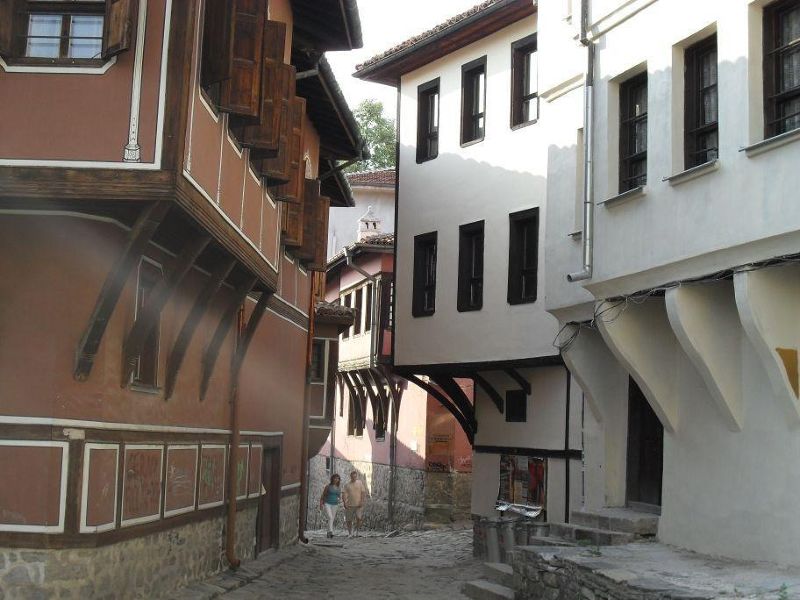 Plovdiv is the second largest Bulgarian city. It has several interesting Roman remains and a beautiful old town famous for its symmetrical houses. We got to Plovdiv by coach from Sofia. We bought our ticket for 13 lev at the Central Sofia bus station. There was a fairly frequent service. We came back by train for around 8lev 10 cents. The train service is also fairly frequent though the trains are a bit slower. The bus took two hours, the fast train back took two and a half. Slower trains take three.

This hotel is in a good location. It is just 5 minutes walk from the bus station and train station. It took around 10 minutes to walk into the centre (around tourist office). The staff said very little when we checked in, but were helpful and pleasant when we asked them questions. Bulgarians don't seem to talk unnecessarily. Our first room was not great. It was huge with little furniture. There were cigarette burns on the carpet, several sockets were loose and the tap of the wash hand basin came off in my hand. We were moved after that and our new room was clean and not damaged in any way. The hotel has a tiny swimming pool on floor 5 and sun loungers next to it. We used the pool every day - but used it one at a time as it was so small about the size of 3 bath tubs pushed together. It was refreshing but made you dizzy from swimming round and round in circles. There were about 5 choices of breakfast. You told the receptionist which one you wanted the night before and picked up your breakfast ticket in the morning. The most filling choice was the omelette. They were a bit mean on drinks - a very small espresso (if you just said coffee) or if like me you like a bit of liquid with your meal the cappuchino was better. Free internet access was available. You had to ask reception for a password and it was timed, but we were not charged for it. Safety deposit boxes were available for a fee at reception. We did not use them. No tea/coffee making facilities in the room. Mini-bar in room. Our bill was accurate on departure. Not fancy but our second room was perfectly comfortable, wasn't so impressed with the first room though. One annoying feature was corridors of hotel were dark and lights went on as you moved down them. Restaurants nearby and a big Billa supermarket near the station and not too far to carry provisions. Address: Vassil Aprilov Boulevard 7, Plovdiv,

Roman Remains - the most famous and best preserved Roman remains is the Roman theatre. Entry 3 lev. There is a cafe at the top of the theatre (before you go into the site) which is a lovely spot for a drink and a view. There is also a Roman forum which is free to enter. There is a Roman stadium near the mosque and Philip of Macedonia statue. 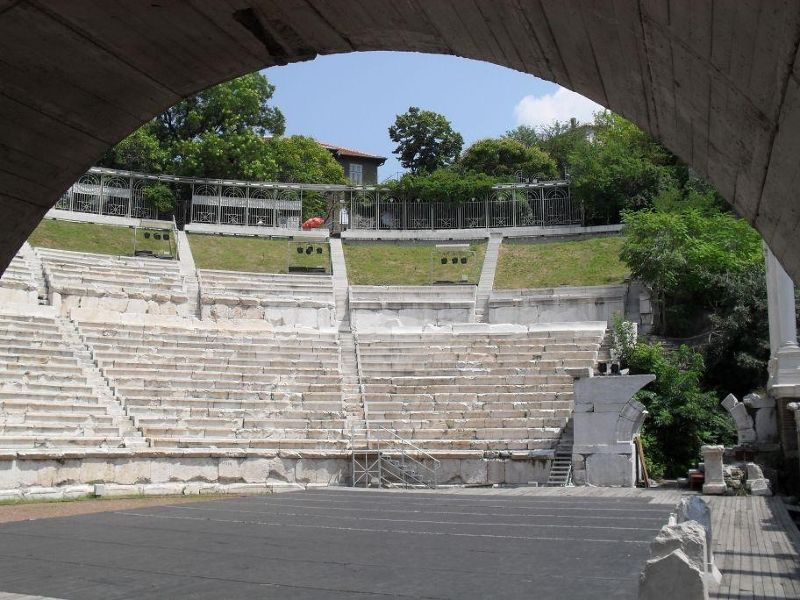 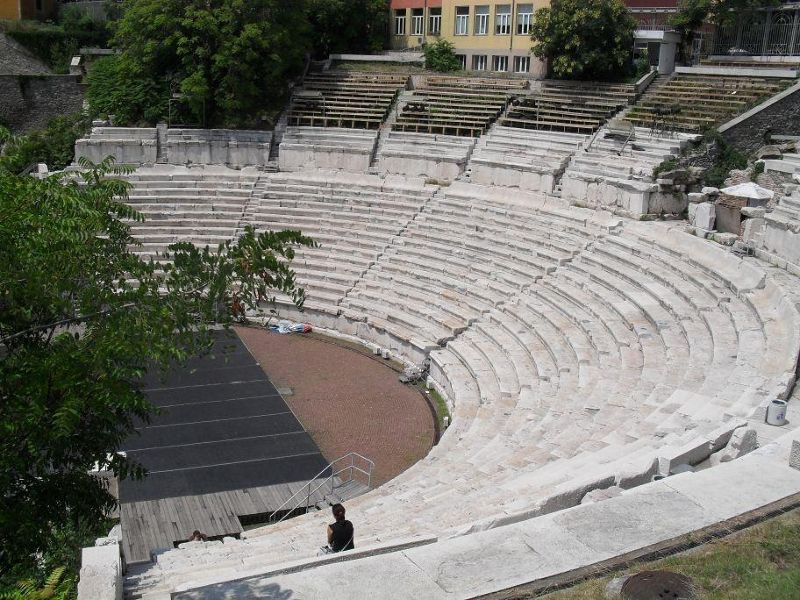 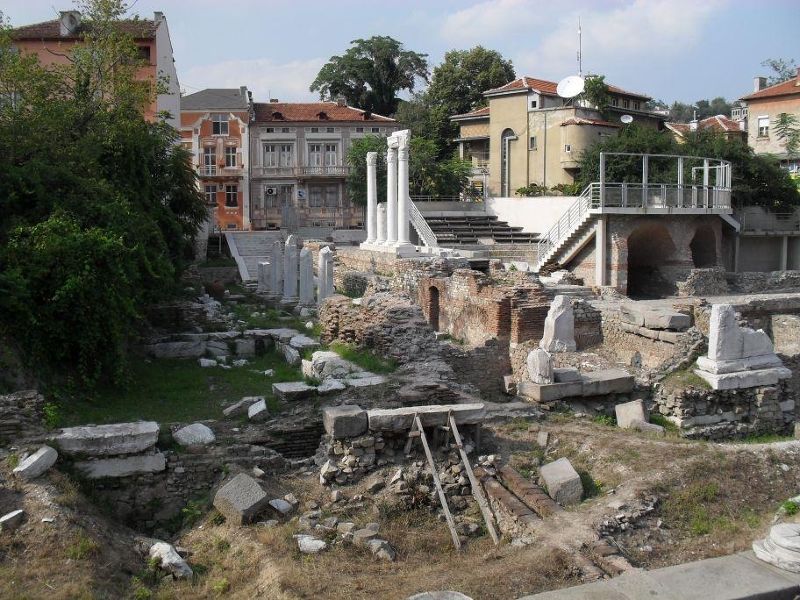 The old town of Plovdiv has several beautiful old houses, several peaceful and attractive churches and lots of very laid-back, relaxing cafes. A lot of the old houses are symmetrical in design. The ethnographic museum is housed in a beautiful old building and worth a look. 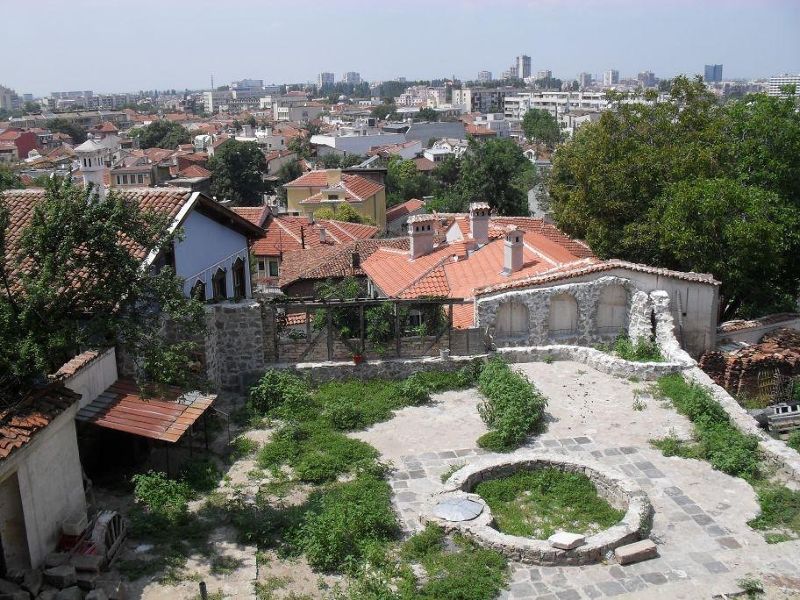 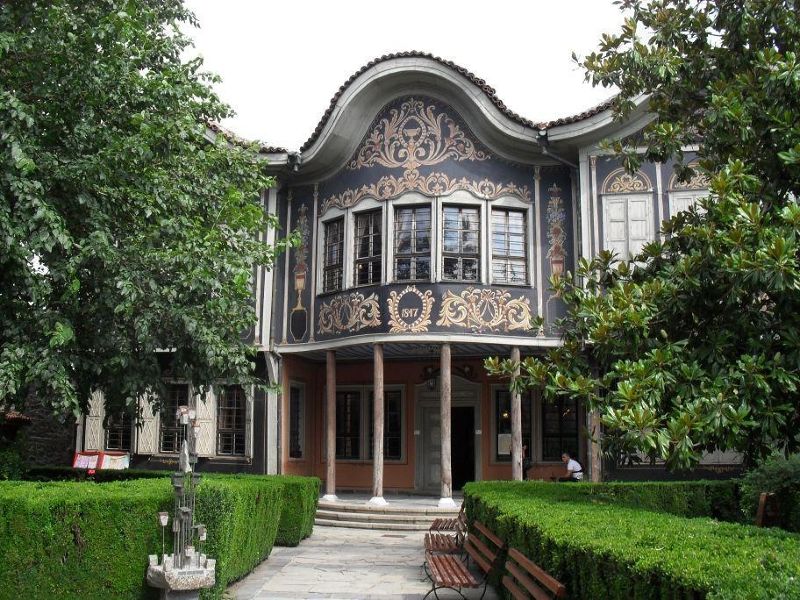 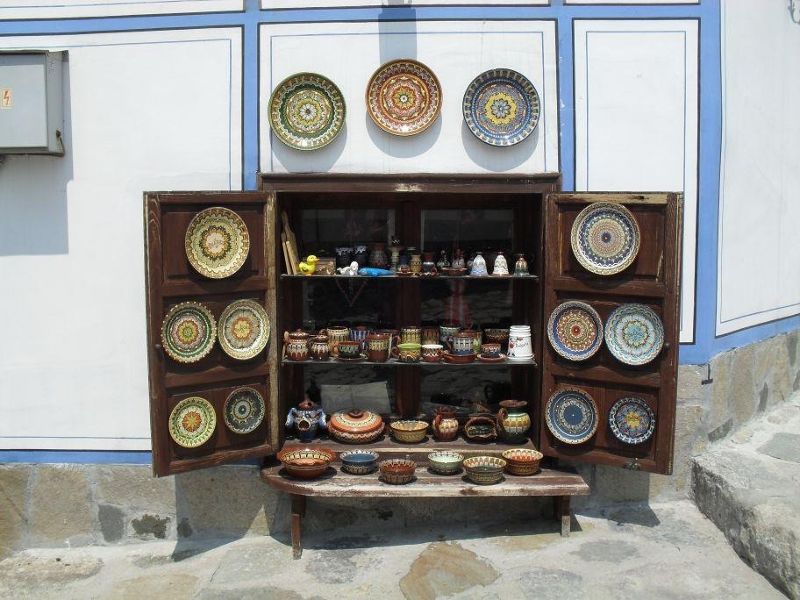 Monument of Alyosha: A beautiful spot with a view.

We climbed up to the Aloysha statue which overlooks the town of Plovdiv. It is a statue of a Red Army soldier standing guard over the town. There are wonderful views over Plovdiv from this sight. Although it was very hot at the top, the walk uphill was mainly through trees and shaded. Well worth doing, if you have time. Directions: seen from everywhere. 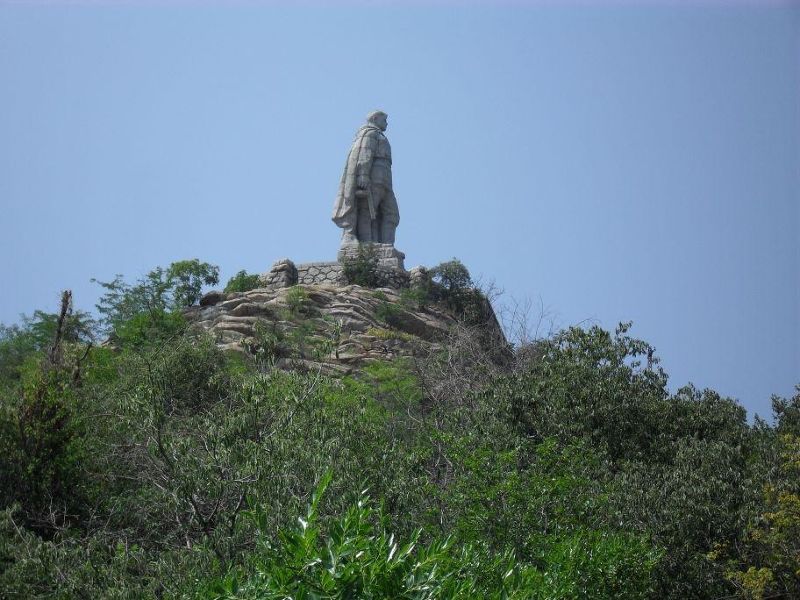 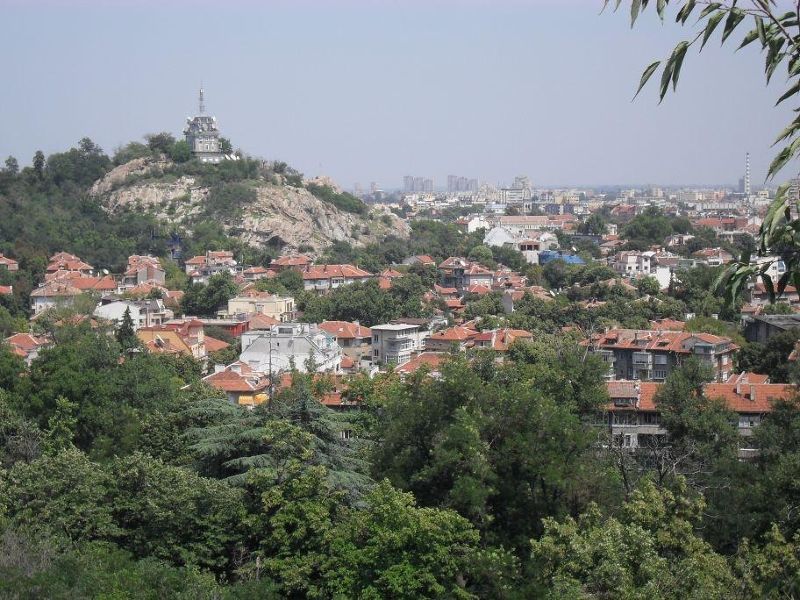 Plovdiv's beautiful river is worth a look, too. It is called the Maritsa River. 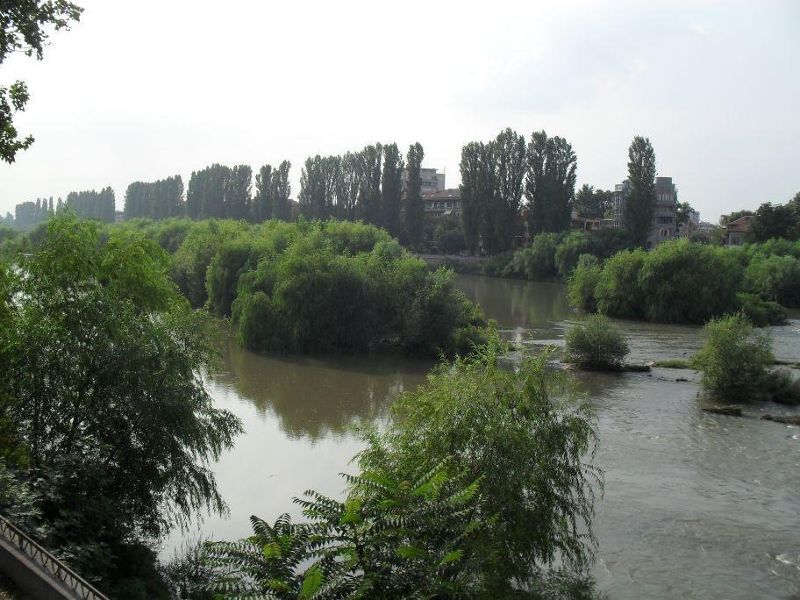